DRIVE THE FERRARI 488 GTB ON OUR RACETRACK IN LAS VEGAS
The Ferrari 488 GTB is the evolution of the Ferrari 458. Watch the Test Drive & Review

THE FERRARI 488 GTB DRIVES AMAZING!
It sounds glorious, it runs hard, and it has an
character of its own.

STOP DREAMING, AND START DRIVING... A 488 GTB!
Meet the Ferrari GTB at Exotics Racing, a 3.9 liter turbocharged monster with 670 horsepower.

We will definitely be back in the future! It was so much fun! Every employee we had contact with was friendly and knowledgeable. Loved this so much!
- Aaron
5

Excellent customer service and instruction. Will definitely continue to visit in the future.
- Chase
5

None, it was a perfect experience!
- Andrew
5

Entire experience was great. Reserved car and timespot. Everything was exactly as described when I showed up. The classroom instruction was effective and worth while, the experience is how you want to make it, slow or fast. My instructor saw I was comfortable and wanted a faster experienced and pushed me past what I thought was my limit and made it a great experience!
- Rick
5 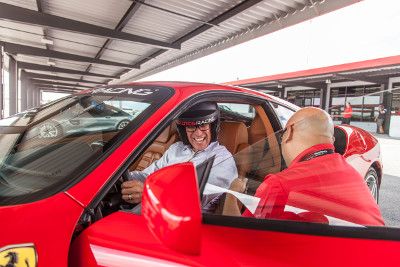 I had a great experience in the Ferrari and Lamborghini with John. He pushed me harder than I thought I could go in the corners but it made the experience better. I hope to do this again one day.
- Kevin
5

Definitely worth the money. Will be back
- Jeramie
4

I bought this experience as a surprise 60th birthday present for my husband. He drives trucks/transportation for a living and thought this would be something he'd love. *** , was I right!! His driver instructor was awesome!! He had a blast ripping the Ferrari 488!! He was so thankful for the unforgettable experience..
- Gregory
5 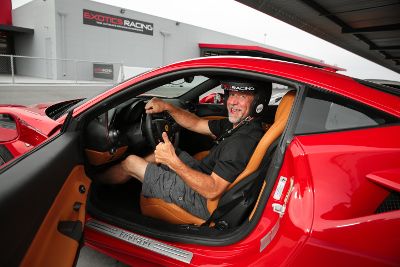 Drove 10 laps in the Ferrari 488 GTB. *** was the best, great instructor, and patient with a first-time track driver. Fun and exciting! Get at least ten laps to get used to the car and course and have the best experience. Will definitely go again. Thanks SpeedVegas!
- Jeffrey
5