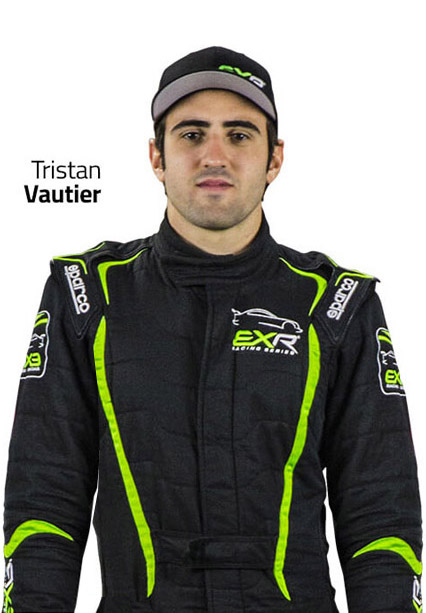 My day at Exotics Racing was fantastic,and an unforgetable experience. From the minute we walked in, we were treated like VIPs. The staff was very professional and friendly. I spent most of my day with *** and he was the most awesome coach I can imagine. The way he talked me through the track on every lap was extremely professional and put me completely at ease. He really made this once in a lifetime event very memorable. He was encouraging, and fun. The instructors here are talented and experienced. I was awestruck by the quality of the cars and the instructors. *** has a pedigree a mile long in the racing industry, and I was extremely honored to be "babysat" by this professional driver. Exotics racing is THE place to experience driving your dream car. Words can not express how magical this experience was for me and my family. *** was so humble, and down to earth, that it wasn't until my wife looked him up that we found out he was basically racing royalty, & to have him spend the day with me was truely an honor. He even autographed my shirt and hat, & took a picture with me before we left!
- Wesley
5

The experience was great, fortunately for me I skip the briefing meeting and the briefing was made on the track, that was great. The location, check in, instructors and cars were EXCELLENT!!!! I'ii be back for more fun as soon as I came back to Vegas or LA. It's a highly recommended experience.
- Juan
5

I was very satisfied with EVERYTHING. The entire staff & Instructors & the AMAZING Drifter Driver were all GREAT... I would not change anything... My husband and I are looking forward to Race again when we visit Vegas again... Best regards, ***
- Gloria
5

I am a repeat offender at Exotics Racing, and the great service and expert instructors keep me coming back. I had a single instructor (***) assigned to me for the duration of my most recent visit, and I found this was a great way to build on my successes and work on my issues from car to car. I will be back!
- Clint
5

I think that your (customer service) process is pretty good. It was very helpful to get recommendations as to what cars to drive: - when I originally made the reservation by phone; - during my time at your facility when your staff asked me what car I just drove and what I thought of it.
- Mark
5

My husband had the time of his life driving his dream car. THANK YOU
- Trevor
5

In Vegas for the 4th time, Been wanting to try out Exotics Racing and did this time. What a blast! My friend of 40 years, and myself, took the Corvette Stingray C7 Z06 and Mercedes AMG GT R out for 7 laps. They encourage you to drive it like you stole it! We did this the first morning in town and didn't stop talking about the experience the rest of the days we were there. FUN, FUN!!
- Bruce
5

Entire staff is very professional, It was a wonderful experience from beginning to end, everyone should definitely get the Video, *** was great instructor, definitely knows the cars and the track limits he deserves the 5 stars as well, ***
- James
5