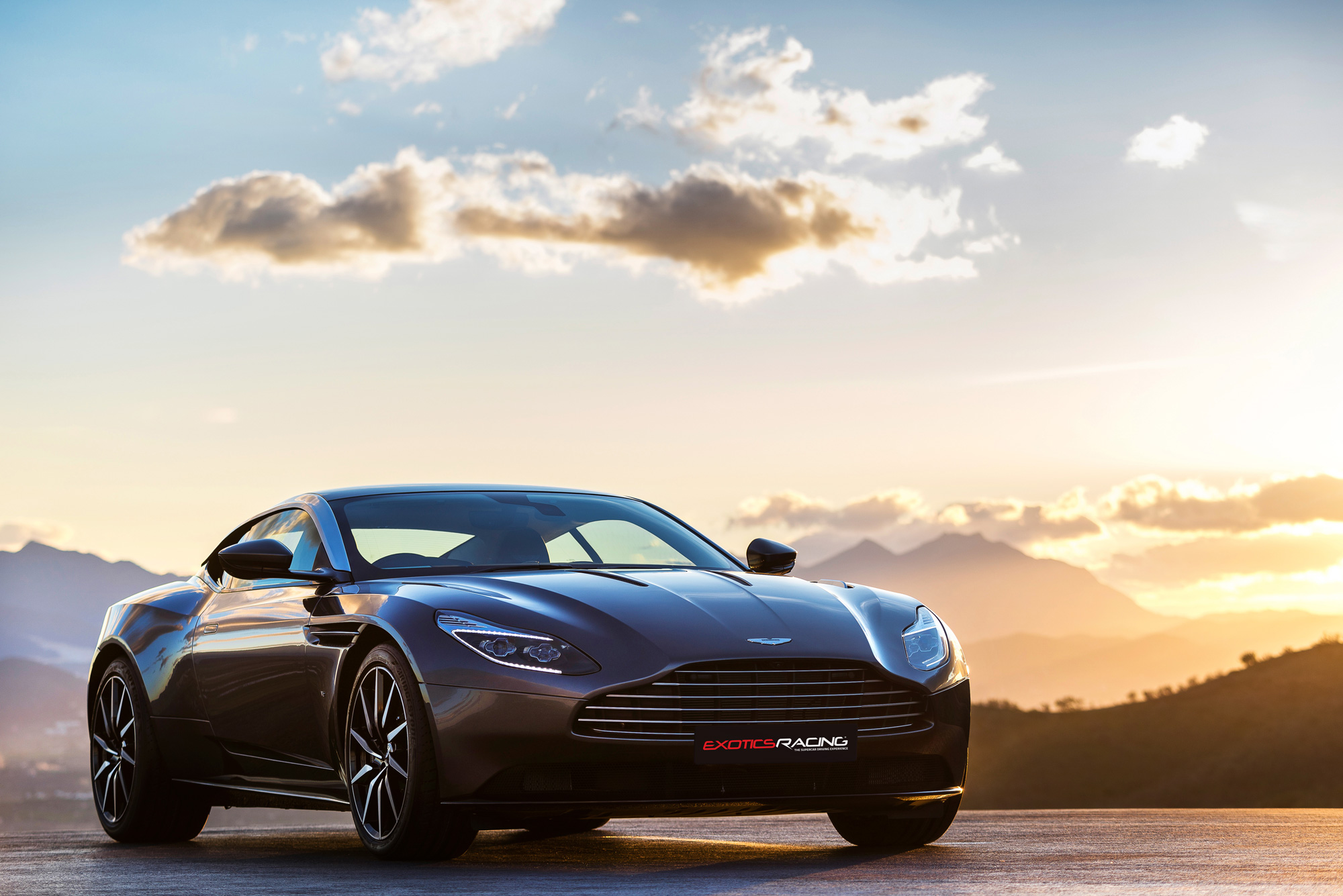 Aston Martin’s designers have paid homage to previous examples in the DB line with signature elements like the grill shape and air duct behind the front wheels while at the same time reinventing the car from the ground up to be the most advanced car they’ve ever made. The body is composed of bonded aluminum for higher strength at a lower weight. The suspension has adaptive damping control. At speed downforce is produced without any aero appendages. Instead, its trademarked Aeroblade channels the air coming around the side and cascading off of the roofline into vents that channel the air out the back and in doing so creates a generous amount of downward pressure. Up front, hidden ducts and wings in the wheel arches combine hot air exiting the engine with cooler air coming in through the front grill to create optimal, downforce inducing pressure gradients. Clearly, beauty is more than skin deep with the DB11.

As part of lightening the chassis, Aston Martin stretched the wheelbase by 65mm which in turn helped move the DB11’s engine further back to create a front-mid-engine configuration. That translates into near 50/50 front/rear weight distribution.

Speaking of the engine, the DB11 with the 5.2-liter twin-turbo V12 produces 600 horsepower and 516 lb-ft of torque, making it the most powerful Aston Martin ever. Top speed for the DB11 is 200 MPH and 62 MPH comes just 3.7 seconds after making a standing start. The gearbox is rear-mid-mounted and connected to the engine via a alloy torque tube and carbon-fiber propeller shaft. Eight gears are controlled via a fly-by-wire electronic system.

On track, the DB11 is a Grand Tourer that knows how to roll up its sleeves and get busy. Engaging Sport or SportPlus mode lets the DB11 know you’re more interested in fast lap times versus going lunch. The adaptive damping controls the DB11’s girth to keep glued to the track and on point with direction changes. Of course the V12’s 600 horsepower takes care of corner exit speed to hurtle you along to the next braking zone with alacrity.

The new DB11 has the style, the power and the performance to live up to the Aston Martin legend.